When I launched this newsletter in June, I wrote that I’d be giving myself the space to write the occasional “shorter or off the cuff” thing—the kind of writing that I’m quite aware I’m not known or followed for, and which truthfully makes me kind of anxious. (No consulting the archives? No combing through any indexes? No reading it back 72 times?) Here’s me finally writing something that fits that bill, prompted—as with my last unplanned instalment—by Lady Gaga. I’m dedicating it to my friend Chris; we’ve been jumping into each other’s DMs for pop music discussions (especially Gaga-related ones) all year, and yesterday was no exception.

As far as my interests go, yesterday was a tad overwhelming: I had just queued up the new Sam Smith album to listen to after the new Ariana Grande one when Beyoncé’s three surprise (though there had been rumblings of them on Twitter) British Vogue covers dropped. Meanwhile, Madonna was posting not just Rick and Morty clips but demos from a time before MTV. Meanwhile, Rihanna was photographed leaving what’s assumed to have been an 11-hour music video shoot.

In the midst of all of this, Lady Gaga posted a three-minute video across her social channels, in which she encourages her fans to vote on Tuesday. (If you’re an American, which I’m not, you should indeed vote on Tuesday.) The video happens to double as a sort of sartorial retrospective of her 12-year career. The Twitter account @gagadaily helpfully posted the photo above, where the looks have been arranged chronologically; they don’t appear that way in the video. From left to right, we have Gaga nodding to the “Poker Face” video, the Monster Ball Tour, the meat dress from the 2010 MTV VMAs (where she announced Born This Way [2011]), the ARTPOP (2013) era, the Cheek to Cheek (2014) one, the Joanne (2016) one, her Super Bowl halftime show performance, and her ongoing Chromatica (2020) era. This amounts to something from each of her album eras, with the Super Bowl costume covering the A Star Is Born (2018) period, which one could argue was also an album era. Here’s the actual video:

The first thing to say about the video is that it’s curiously non-partisan, which sticks out in this particularly charged election year. Gaga’s been posting helpful, thoughtful, and quite memorable voting-related content for weeks, but her goal has so far seemed to be getting undecided voters to vote rather than telling them whom to vote for. I’d argue that she didn’t really have anything to lose here in explicitly endorsing a candidate, but perhaps she figured that her politics are well enough known that she doesn’t need to. (Unlike many of her contemporaries, she’s been loud about them since the beginning of her career—throughout all of the looks on display in her voting plea, if you will.) As she says herself in the video, “Let’s be real: you know who I voted for,” and that’s true. It’s what she says next that some people are pushing back on: “But believe me, and listen to me now: even if you disagree with me, your vote still matters to the world.” Conservative news sites and the people who read them are—perhaps not surprisingly—having a field day with the line. I’d be curious to know what Gaga’s bigger-picture strategy was here, as there almost certainly was one.

What I really wanted to write about is the career retrospective aspect. It’s extremely clever as far as online engagement goes: its design encourages thousands of social media posts and memes identifying and reminiscing about Gaga’s past eras, which in turn drives more views to the video, which (ideally) drives at least a few new people to the polls. “I wasnt going to vote but thanks to you me and my family will vote 😂❤️ love you GaGa,” wrote someone on Instagram. The video has unleashed a wave of emotions and nostalgia from fans; tears are a big through-line. It was at the 18-second mark, when Gaga first appears wearing her “Poker Face” costume, that I personally realized what she was doing, and couldn’t help but break into a huge smile.

But I’m also thinking about how a video like this is earned. It reminded me a little of Beyoncé’s Pepsi ad from 2013, in which she’s confronted by past selves in the mirror while she rehearses. “Embrace your past, but live for now” is her send-off. Bizarrely, Beyoncé was able to make such a video before releasing her self-titled album later that year; she could easily make a follow-up one with all the Beyoncés that we’ve met since then. As with the Gaga video, there’s over a decade of hard work—and, for fans, memories—on display, and to know that work without having to look it up is to exist in a little club.

The term “chameleon” gets thrown around a lot in reference to pop stars, but Gaga’s one of relatively few for whom that’s actually a fitting descriptor. She chooses to more or less say this in the video:

I’ve never been shy to make my voice heard. I've said a lot of things in a lot of different ways, wearing a lot of different outfits, makeup, hats, dresses made out of meat, jumping off of stadiums, screaming on stage... I may have seemed to shift and change. But one thing that has never changed is my voice, and what I believe.

It’s pretty likely that, even if you wouldn’t consider yourself a Little Monster, you recognize at least a few of these looks. For me, they’re inextricably linked to my teenage years; for you, maybe they’re simply a headline you once read or a song you couldn’t escape. Today happens to be Halloween, a day that I often invoke to make arguments about artists’ brand recognition, or lack thereof. (A couple months ago, for instance, I used the fact that people dress up as Lana Del Rey for Halloween as evidence that she does have a persona, even if she’s argued otherwise.) Nearly all of the looks in Gaga’s video could be worn as Halloween costumes and immediately recognized by someone else at a party. (Stay home this weekend, though.) More than anything, the video speaks to Gaga’s very secure visual legacy as an artist. It’s the biggest flex of the voting plea, and may actually have been the point all along. ● 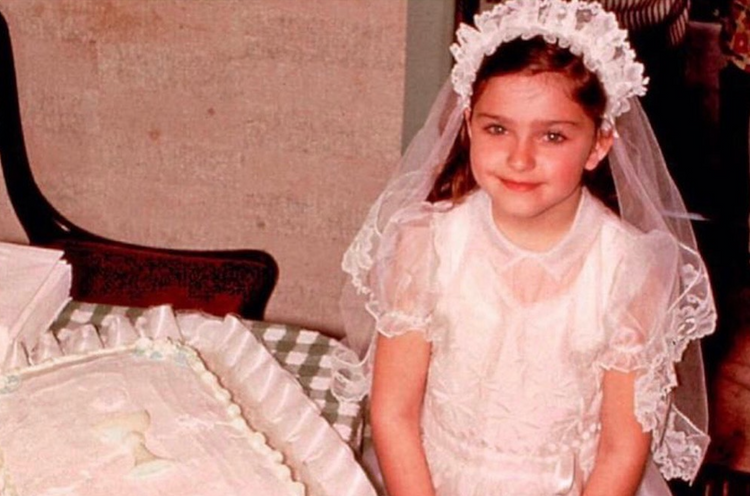